Interview with a talented VR creator Quba Michalski (aka QubaVR) 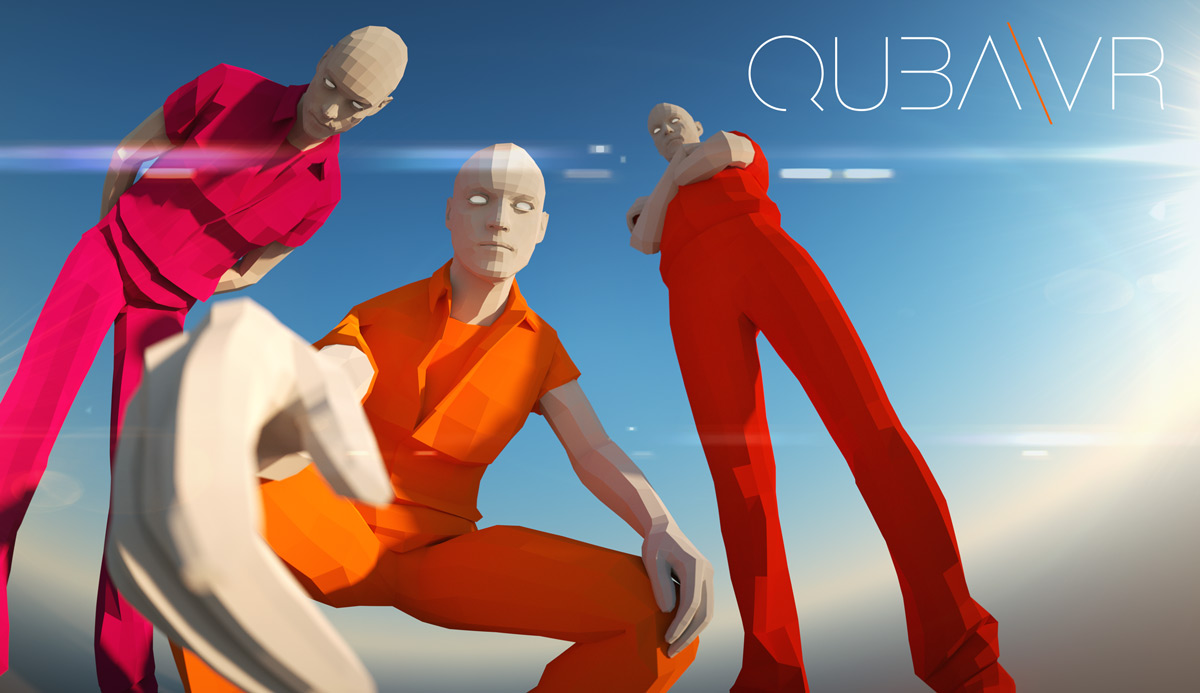 We present first in a series of interviews with our users. This time we sat down with Quba Michalski, who was one of the very first to join us and post his work on Kuula. Check out what he has to say about 360° images and VR in general. Enjoy!

I'm Quba Michalski - a freelance creative director, filmmaker, motion artist and virtual reality enthusiast. I have been working in various fields of design for over two decades and currently focus my efforts on VR and AR space.

Virtual reality, 360° photography and video fundamentally change the way we create and consume media - opening brand new opportunities in art, communication, entertainment, storytelling or education. It's a very exciting time to work in these emerging mediums and explore some truly uncharted waters.

When did you start making 360 degree images?

Currently nearly all the images I display on Kuula are CG renders - created using various techniques and software, but generally "synthetic". I used to, however, photograph 360° a lot in the past.

I used to work in traditional advertising, and Google's Nexus brand was one of my primary clients. I was one of the first people outside of Google to get their hands on their Photosphere technology. In part for fun and in part to get better understanding of the product, I spent countless hours photographing and stitching various locations on my phone. We even attempted to fly a Nexus into a volcano using automated drone and shoot there… it didn't end so well.

As a CG artist, I also often need to shoot and use light probe images - either in 180° or 360° - to better light my scenes and unify 3D elements with real backplates.

I remember when I first encountered Google Earth (back then it was still called Keyhole). I'd obsessively comb through the available satellite and aerial photos, looking for interesting spots, landmarks and surprises. A few years later Google Maps released Street View - and the craze begun anew. New perspective, but same fascination with the process of discovery. Gigapixel photos, Microsoft's Photosynth - there are many technologies that evoke the same reaction in me.

For many centuries, it was always the artist that curated our point of view. Through composition and framing - our attention would be drawn to certain elements of the scene, while others would be left unseen. As a viewer, I love the freedom offered by VR and 360° technology - the ability to engage with the imagery and to discover them bit by bit, in my own pace, rhythm and pattern.

As an author - well, that freedom complicates the process, especially when it comes to moving image and fully interactive experiences. But then, again - what fun would life be without challenges to solve and overcome?

What equipment & software do you use?

For live action I have worked or at least tried many different configurations and cameras: from simple 6 GoPro rigs to Google's Odyssey system. From Nokia Ozo to stereoscopic Red rig on a nodal pan tripod. Every project has its own parameters, so you need adapt. Plus, new solutions keep popping up all over the place.

When it comes to photos, I shot tons of really fun, amateur stuff on my phone (using Google's Photosphere tech). I also used Canon MkII and MkIII with weird lenses and chrome balls as well as simpler cameras such as Ricoh Theta.

For CG I typically work in Cinema 4D, using either Octane Render, CV-VR Cam or a custom rendering rig I created myself, based on Google's camera design. For 2D 360° I often also work with After Effects and Mettle's Skybox suite. Finally, I do a lot of experiments in Unreal 5.

...I guess I could have just answered "all of it".

How will 360° photography evolve?

There's a huge gap in the immersion in between 2D and 3D (stereoscopic) 360°. Whereas in traditional flat-media stereoscopy was a fun gimmick, in VR it becomes an essential part of giving the audience the sense of presence within the scene.

3D 360° is becoming more and more easy to produce in CG, but when it comes to photography and film - there still isn't any easy all-in-one solution for it. The rigs are complicated, the algorithms and computation is costly, the stitching - imperfect.

I'd love to see the 3D 360° become ubiquitous both on the side of capture and content consumption.

Next - fully spatialized captures (light fields, point clouds, volumetric capture, photogrammetry) that you can not only view, but also walk around.

On the other hand, I have great hopes for the increase in overall content quality. Mobile phone photography took over the world and decreased our standards for fine art imagery. Just like with MP3s taking over the music despite all the compression - the low dynamic range, poorly exposed and stitched images constitute the majority of available content.

On Kuula I am beginning to see a slow return of higher-end photos - ones that are crafted, rather than simply taken. The medium has a huge potential and it would be a shame not to use as much of it as we can!

Yes, 360° film and interactive VR are actually my primary fields of expertise. You can check out my work, as well as some articles on the subject on my site: qubavr.com

What is the biggest challenge of 360° images compared to regular images?

A few months ago I'd probably say - hardware and software, but both are evolving at such a phenomenal rate, that most engineering challenges will be solved in no time.

I think there are two big challenges currently facing the 360° photography as a discipline:

Firstly it is the matter of content consumption. If you are reading this interview, you most likely are already a Kuula user, possibly an active one. You know this service and possibly some other ones. You probably even took and uploaded some 360° photos. You are a part of a tiny, tiny minority.

Most people around however, have never experienced VR or 360°. They don't own a VR HMD - not even Google Cardboard. They have no good reason to invest in one. (Sure, Cardboard is cheap, but for some just the need to buy extra equipment and learn new apps is enough of a turn off).

I hope in the near future to see new, better, more engaging content and easier ways to view it. Kuula is definitely a step in the right direction - perhaps even a leap. But the journey to 360° photography becoming more than an obscure hobby is still long and will require making the process of consuming the content much easier and more accessible.

Talking about the content - here's a second challenge: What kind of content makes sense in 360° and would not work in traditional flat-media? In my film work I try to come up with experiences that can only be truly experienced in VR and fail when attempted in standard, "framed" formats.

360° photography needs the same kind of content - truly compelling imagery that not just benefits from 360° but requires it to really work. At the moment, majority of content out there is of documentary nature. Vacation photos, reports, virtual tourism. I can't wait to see more 360° art photography and staged/planned content - and what it will bring to the field.

Best topics for 360 images. What would you like to see?

Scenes planned and designed for 360°, preferably in stereo! I don't really mind whether they are CG, illustration, photo, video or a painting - as long as they have the plan and process behind their creation.

Good 360° photos need to withstand the same level of critique and scrutiny traditional photography has to. This means good composition, color, dynamism, lighting, resolution and direction. We should not give images a "free pass" solely on the merit of the novelty of 360°.

I hope to one day see a photography competition where 360° works are not a separate category - but compete, and win, with their traditional counterparts.

We're not quite there, but I feel it's just around the corner.