Tips and tricks for shooting and editing aerial 360° photography 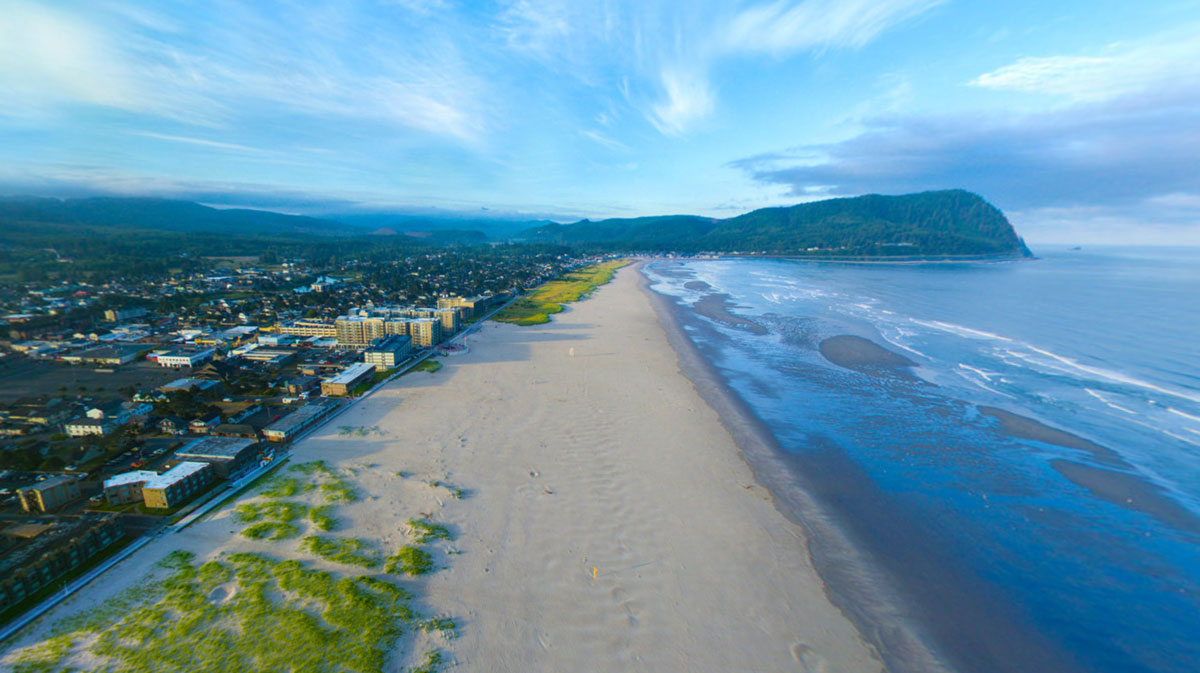 Aerial and drone shots are the most spectacular form of 360° photography. On Kuula, we're always exicited to see our users posting new, surprising shots. Creating 360° aerial photos may seem very complicated at first, but with a little bit of practice, you can get some great results (relatively) easily! Jason Wiegand, an expert drone photographer, shares some tricks and tips of the trade.

What are the best drones for aerial 360°?

The best camera drones for aerial 360° photo creation are ones like the DJI Phantom 4. Preferably the drone should have a stabilized 3 axis gimbal to reduce blurry images. It should also have an FPV (first person view) display on the controller to allow the lining up of the photos being taken. Another recommendation is to have a drone with GPS hold to keep it in position while taking photos.

Popular drones for 360° photos include:

The last two of them - DJI Mavic and GroPro Karma - are being released currently. There are several more but the listed above are the most popular. The prices can vary depending on if the drone is new or used. The Parrot Bebop and Phantom 3 could be purchased for the lowest amount, $300-$400, while the DJI Inspire can cost $1500-$4000 depending on options.

How many photos do you typically take for one 360°?

There are automated apps for taking 360° photos for the DJI drones and for the Parrot Bebop that can be used or the photos can be taken manually. I prefer to take my 360° photos manually.

What works best for me is to take 4 rows of photos, (8-10 photos per row) with each photo having 30%-50% of overlap. The first row is taken with the camera tilted all the way up, the second with the camera tilted down a bit, the 3rd row a bit more and the 4th row even more. Finally I take 3-5 photos with the camera pointed straight down at different rotations. So in total, I typically take 35-40 photos. It is best to take the photos when the wind is not too strong as to not shake the drone. I also will set my camera exposure to manual as to not have varying exposures between shots. This will make it easier to edit it post.

What stitching software is preferred?

As far as stitching software, I use Autopano Giga. Other popular stitching programs are PTGui, Microsoft Image Composite Editor (PC only but free) and Hugin.

Once I have the stitched image, I will open a 2:1 canvas (typically I use 1000x5000) in Photoshop and place the stitched image at the bottom of the canvas and add in the missing sky at the top. I use create a layer mask an use the gradient tool to blend in the sky image. The camera on most drones have a limited tilt angle (+30 degrees) and will not capture the entire sky above.

What's the best way to fill the sky?

For my sky images I use HDRI-Skies.com. Again, there are several sources for sky images online but this is the one that I use. The images are free to use with the HD ones at a cost. It is important to choose a sky image that is similar to the sky in the stitched image. This will make it easier to blend and edit and it will look the most realistic. Finally I take the completed image and color edit in Adobe Lightroom.

From here I will upload the image to Kuula. The great thing about Kuula is there is not metadata changes that need to be made. The metadata needs to be added back into the image for Facebook to recognize it as a 360° image. The process seems a bit complicated but once done a few times, it becomes quite simple. There are different workflows for aerial 360° images but the above is how I do it!

Jason is a hobbyist aerial photographer from Wenatchee, Washington. He is currently studying for commercial part 107 certification and uses a DJI Phantom 3 Pro. He is also running the Facebook Aerial and Tiny Planet group. You can see more aerial photos from Jason on his Kuula profile.